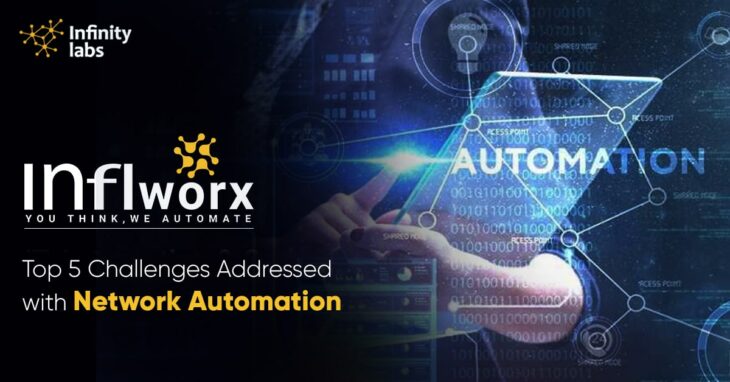 However, companies must overcome a number of challenges before they can implement network automation.

What is Network Automation?

Network traffic is becoming increasingly complex as home-based work culture and ubiquitous access needs continue to grow. Adopting cloud infrastructure, development platforms, and additional network software will enable organisations to expand their digital offerings that rely on network performance and reliability. Managing data centre traffic properly can prevent control of these services from becoming overwhelming, ultimately failing the organisation. An automated solution that integrates with the entire ecosystem is the only way to manage these systems properly since they require end-to-end network visibility.

Hybrid technology is on its way! There are more and more ACI, NSX, and other SDN data centres on the way, regardless of whether you like them. SD-WAN is just the beginning. Having just gotten your head around the concept of a traditional network, you have realised that it is not enough anymore.  Does traditional network automation involve “writing it once, using it once”?

It’s a problem you face every day. You might initially think, “Okay, let’s separate the IT automation for the traditional network from the new network.” Don’t forget about traffic flow? How do you deal with slowness from your traditional network to your SDN? What is the best way to deal with it? The challenge is to find out how we can automate within a hybrid network – the same as we do with multi-network automation vendors.

Maintaining operational network services and providing expected quality are the most critical elements of overcoming each challenge. Additionally, an organisation should improve the data that drives its network to minimise quality issues and manual errors. The quality of automation depends on the quality of the data in an organisation. The goal is to enable teams to automate across a wider range of devices by aggregating and harmonising their data.

Those companies that address these challenges now gain a competitive advantage in the future. Network automation software can help organisations overcome these common challenges and increase efficiency and effectiveness. The true value of network automation lies in its ability to support such growth and adapt to the requirements of new applications being conceived and launched in this ever-changing business environment.

Network automation is an end-to-end solution for intelligent visualisation, control planes, and automation. Hybrid networks, including all public clouds, Cisco ACI, SD-WAN, and VMware NSX environments, become easier to manage with automation. Integrating your hybrid infrastructure as one single entity simplifies management. You can decipher each layer of connectivity, abstraction, and virtualisation overlaid on top of the underlying physical infrastructure with one click. Map traffic flows in both directions and visualises everything at any given moment. It also frees you from lockup created by infrastructure vendors – with network automation solutions you can automate your network configurations spanning across multiple underlay technologies and diverse technology providers.

Migration to a (semi-)automated network does not have a blueprint or well-established route. There is no doubt that standards, providers, and products will emerge on the market due to standardisation committees such as the Open Networking User Group (ONUG), the OpenDaylight Project, and OpenStack.

Choosing providers and products to automate manual network processes can be daunting for IT departments. Choosing the right path is not easy. With such a wide variety of products available, it can make the decision-making process considerably more challenging and, above all, slower. In addition to established IT companies like Cisco, Juniper Networks, and VMware, SD-WAN specialists are also available. Therefore, companies support their customers’ automation projects from the beginning by choosing the appropriate products.

Despite this, 33 per cent of customers and partners interviewed said they could not automate their networks because of the lack of an end-to-end solution. The need of the hour is to have Network automation solutions that can cut across the paradigm of protocols and OEMs to delivery seamless management and programmability.

The challenges associated with network automation are real, but the benefits are usually greater than the downsides.

Automating your network can save you a lot of time. It speeds up time-consuming processes, such as application deployment, reducing errors and freeing up time for humans. Most data centre failures are attributed to human error, accounting for 70-75% of network downtime. Reliability, performance, and security can all be enhanced by automating a network.

The discovery aspect of automation is another key selling point. Humans might have missed access points, appliances, controllers, switches, routers, and other devices when they use network automation tools.

Furthermore, network automation can improve agility and business operations, making it a powerful tool. Software-defined networking, boosted security, and standardised processes can all be achieved with an automated network.